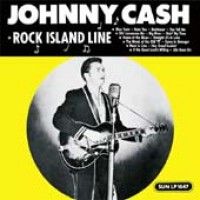 REMASTERED FROM THE ORIGINAL TAPES180 GRAM DELUXE VINYLOLD STYLE TIP-ON COVERSecond only to Elvis Presley as the greatest star to emerge from Sun Records, Johnny Cash has become an true icon of American music.One of the first country artists to regularly cross over into the mainstream pop charts, Johnny Cash established his own unique minimalistic sound that was instantly recognisable. Backed by Luther Perkins on lead guitar and Marshall Grant on bass, Cashs sound was initially determined by the bands technical limitations.Between 1955 and 1961 he gave the Sun label thirteen national hits that included Next In Line, Home Of The Blues, Oh! Lonesome Me, Straight As In Love, Come In Stranger and Katy Too, all featured in this superb collection. Additionally he scored twenty-four country hits, making him the most consistently successful Sun artist of all time.Although going on to record prolifically for Columbia, Mercury and American, his body of work cut for Sun Records of Memphis, Tennessee are held by many of his fans to be his finest recordings.The sleeve artwork features a host of vintage photos of Johnny Cash in his prime.