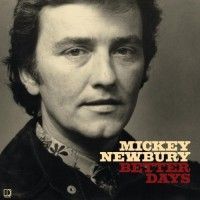 Hugely-influential songwriter and performer. Imagine the artistry of Hank Williams, the voice of Roy Orbison and the intensity and intimacy of Townes Van Zandt all combined in one man-thats Mickey Newbury. The name may not be familiar but the songs, the performers they are associated with and the feelings they evoke, surely will be: An American Trilogy (Elvis Presley), Just Dropped In (To See What Condition My Condition Was In) (Kenny Rogers and the First Edition), She Even Woke Me Up To Say Goodbye (Jerry Lee Lewis), Funny, Familiar, Forgotten Feelings (Tom Jones)-just a few of the timeless compositions in the Newbury catalogue.This LP includes a hoard of never-before-heard songs, alternate versions and demos from the early and the best period.