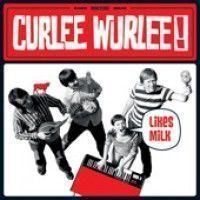 Another fabulous, long-awaited release by this French/German/English band, already well-established in the 60s garage and punkrock scene. Once again, they wrote all their songs in a spontaneous and eclectic way: starting from fuzz garage punk, exotic beat (hit single "married men" on Butterfly Records) and moody tunes, even moving to top moody tunes which could have been written by The Zombies or The Kinks, cynical French pop and surf, and finally ending up with two instrumentals which may make you believe youre watching the latest Tarantino. This time, this album has nothing to do with legendary Curlee Wurlee!s wild garage live shows. Although these 14 original tracks have been among others kind of thrown together within two days, the production is much more mature than in their previous releases, nevertheless featuring their typical signature: intricate harmonical surprises and a lot of energy, backed by Germanys best beat drummer, a decided bass, a minimalist guitar as well as their notorious VOX organ, their trademark. And this time, Organella does not only sing in Frenglish, but even jazzes it all up with Spanish and German (feat. vocals by Marcel Bontempi of The Montesas). Another novelty: dulcimer, harmonica and... dinosaur grunts. This album is NOT a typical garage record, it is extremely personal and if you ask me, it is a MUST HAVE! First pressing comes out on a 350g laminated cover with inner sleeve and postcard.

Nativos
She Belongs To Me