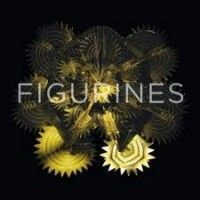 The FIGURINES from Denmark, formed in the mid-1990s. The band released their first EP, The Detour, in 2001 and their first full-length album, Shake a Mountain, in 2004. The band began to receive national attention in Denmark around the time of the full-length release, and began touring Germany in 2003. Their second full-length, Skeleton, was released in 2005 on Danish label Morningside Records ( Germany: Pop-U-Loud, US: The Control Group in 2006)The band began a North American tour after being nominated for a Canadian Music Week Indie award and has since performed at the Indies ceremony SXSW, KEXP and regular in the US, Canada, and Europe. The band has also received positive press from Medias like Pitchfork Media, The New York Times and Spin, among others. FIGURINES sound has been most often compared to that of Pavement, Modest Mouse and Built To Spill.The band released their third record When the Deer Wore Blue in 2007 with Chicago-based co-producer/engineer Jeremy Lemos, who has worked with Smog, Jim O'Rourke, Loose Fur, and many other Windy City acts in the past. The new material is more psychedelic than previous efforts, but remains faithful to the melodic-pop sounds of Skeleton and Shake a Mountain on several tracks, including "Hey, Girl", the first single from the record.