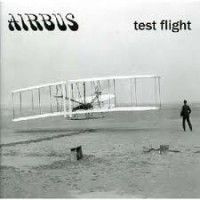 West Coast Consortium spinoff Airbus never played live or even released a record during their 1970-1972 lifespan, instead spending their entire subterranean existence holed up in their self-owned London studio, writing and performing innumerable high quality demos and then attempting to place those songs with major label acts. But, more by accident than design, they came to leave behind THE Great Lost Early 70s British Pop Album - a jaw-dropping collision of superb songs, dazzling vocal harmonies, intelligent lyrics and hook-laden melodies. Here, then, is the strange, previously untold story of a band that didnt leave so much as a footprint in the musical sands, but recorded a greater number of three-minute pop nuggets than almost all of their contemporaries.500 copies limited pressing in 180g vinyl with detailed liner notes.

Marriott, Steve
Get Down To It (2lp)