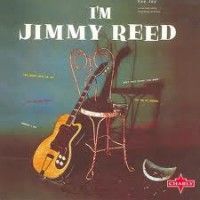 The legendary JIMMY REED and his no less legendary 1958 debut on Vee Jay Records. There are classics galore on "I'm Jimmy Reed": "You Got Me Dizzy", "Honest I Do" (which helped REED overtake the greats like MUDDY WATERS and HOWLIN' WOLF in the national charts) and "Ain't That Loving You Baby" that was later successfully played by THE ROLLING STONES. REED's Songwriting and his simple two-finger-boogie-technique have left obvious traces in the standard repertoire of any blues band - despite or probably because REED's approach to the Blues was always somewhat more moderate than that of his peers. The twelve remastered analogue tracks are accompanied by four rare bonus tracks. 180gr vinyl in a heavy duty cover with an updated, authentic version of the original artwork.

Jordan, Louis
Somebody Up There Digs Me (+cd)