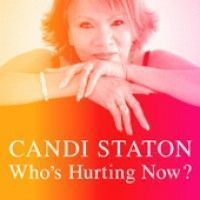 Her secular comeback in 2006, His Hands, was truly spectacular. Candi Staton, who had spent the past two decades in the church, had lost none of her ability to articulate the explosive passions and pains within, on seemingly autobiographical compositions that sizzled with Southern soul intensity. Neither had her earthy rasp tarnished with age, instead it burned with the same desire and ache that defined her work for Fame and Capitol... now three years on comes the follow-up, and rather wondrously Who's Hurting Now? is just as vital as its predecessor, filled with more exceptionally written songs about heartbreak, redemption and regret.