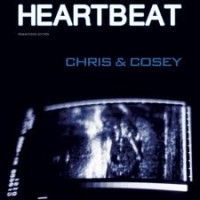 Repress in purple vinyl! Heartbeat is the first in the series of four limited-edition vinyl re-releases from the esteemed Chris & Cosey catalogue. Originally released to much acclaimed in 1981 by Rough Trade 'Heartbeat' was the first in a long line of groundbreaking albums by Chris Carter & Cosey Fanni Tutti. This early example of C&C features cut-up sampled voices, Cosey's disto-guitar, Industrial sequences, melodious synths and cinematic sweeps. Archival press quote: "There are moments of great beauty like Moorby and, equally, many moments of sheer depravity all performed with Kraftwerks cultured class and the hypnotic charm and deadly grace of a synthesised cobra." Steve Sutherland Melody Maker 1982 Archival press quote: "All the world loves a love story. but 'Heartbeat' still has an edge of evil among the extensions of the pair's established scenarios."