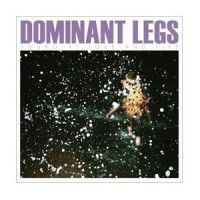 The great West Coast calls to Dominant Legs, and Dominant Legs, in turn, calls San Francisco home. Ryan Lynch began to write the glittering ballads and blurred out pop songs that, with the addition of Hannah Hunt, make up Dominant Legs. Lynch had been honing the band's misty, nostalgic sound for awhile, experimenting with song writing as a kid and having spent the previous years playing guitar in another SF band. Hunt spent her childhood singing and performing; her eternal passion for music led her to dive back in after years of not performing. With Lynch on guitar and vocals, and Hunt on vocals and keys, Dominant Legs' sincere and dance-y pop songs tap into a sound that is at once naively sweet and self-consciously tragic.