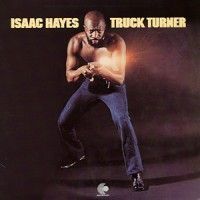 Massive work from Isaac Hayes - a hard and heavy soundtrack that we like even more than his classic work on Shaft! Unlike Shaft, Ike actually starred in the film Truck Turner - which may be one reason why he brought his full game to the table for the record - and scored a batch of badass tunes that still stand with some of the best funky soundtrack work of the 70s! The rhythm's especially hard on the best cuts - really crackling with a lot of intensity, and a stark, hard funky sound that's made the record a favorite of beatheads for years! Ike kicks it hard on cuts like "Pursuit Of The Pimpmobile", "House Full Of Girls", "Drinking", "Give It To Me", "Now We're One", "Breakthrough", "House of Beauty", and the massive title cut "Truck Turner".