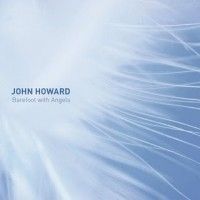 "Barefoot With Angels", released on Hanky Panky Records on December 3rd, is John Howard's eighth album and marks a departure for John as this is the first one he has recorded in his home studio. As he explains, "not being tied into an outside studio's availability meant I could record whenever I felt inspired, had an idea for a vocal harmony or backing arrangement. It gave me a wonderful sense of creative immediacy which I think you can hear in the tracks."There are 12 new Howard originals, including "Magdalena Merrywidow", a tribute to British sex change icon April Ashley in whose Knightsbridge restaurant John regularly performed in the mid-'70s; "Who's Listening?", dedicated to comedy film star Kenneth Williams - and inspired by Williams'famous last diary entry 'What's the bloody point?'; and "The Exquisites", whose title was inspired by Oscar Wilde's description of the beautiful people he was surrounded by in his prime. "The song tells of how Glam Rock came to pop music's rescue after The Beatles split up in 1970," says John, "and my own personal journey through that period. "2007 has been a busy recording year for John Howard. Apart from recording "Barefoot With Angels" he has also released three iTunes Exclusive E.P.'s, including his version of David Bowie's "The Bewlay Brothers" which has been an audience favourite at John's shows for some time. He has also contributed to three fellow artists' album projects this year: he recorded "Beautiful Lies" for the "Songs of Michael Weston King" album, and provided piano for tracks on both Darren Hayman's and former Jack frontman Anthony Reynolds'new albums.