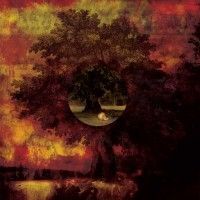 Tales of ordinary madness, dirty love, illness and sorrow continues and brings us down to the deepest and darkest side of Rock n Roll. Voodoo Rhythm Records is proud to announce the brand new 2nd album of Italians greatest blues punk combo, the MOVIE STAR JUNKIES. The opus is called "A POISON TREE" and its an intense and devilish journey through timeless and sinister murder ballads. Noisy and gloomy tunes, some altered visions from the holy inquisition to WILLIAM BLAKE.We dont talking about his "Songs of Innocence", Its industrial, its rock n roll marching music from the 14THcentury creating claustrophobic sounds .To understand it you have to have an appreciation for the dark side of life...The energy and anger of that strange and familiar sound appears not just by the length of their songs. Two minutes wasnt enough to create this absorbing music and it starts with frantic surf guitars and a marching drum beat attended by that incredible angry and self destructive vocalist who sings about getting buried under a tree, and that tree burns thru the hole record until it changes in to the amazing "a Poison Tree", a poem which was written by William Blake himself. Their first album "Melville" has been reviewed and appreciated as one of the best records in 2008 all over Europe and America. They toured Europe several times and came back from a succesful U.S tour where they shared stages with some of the best bands around, like the Oh Sees, The Lamps, Blank Dogs and Demons Claws, they also recorded a live show for New Yorks famous WFMU Radio. It was clear that another liason would happend soon. No one could stop them, so after their return to Italy they produced their second amazing album, which one more time bears traces of the amazing work by Outside Inside Studios in VeniceThe Bands live set its full Farfisa drenched madness, bloody chords, angry vocals that bring the crowd into an obscure and moody sound and their -fucked up attitude- reminds you of bands such as Demon's claws, the Black Lips or the early Cramps.

Seen, The
The Seen!