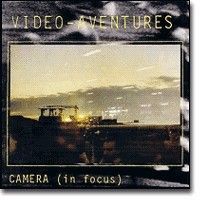 A strange avant cult-classic, largely unknown outside of a few very small circles, that lives up to the hype. "Originally released in 1984, Video Aventures was the brain-child of Dominique Grimaud and Monique Alba. After releasing an EP, Musiques Pour Garcons et Filles, to much critical acclaim, they decided to record their first full length record...by collecting together the cream of French avant-garde, this album features Jac Berrocal (Catalogue), Cyril Lefebvre, Guigou Chennevier (Etron Fou) and Sophie Jausserand. To top it all off, the album was sculpted, arranged and produced by Gilbert Artman (Lard Free, Uban Sax). A musical triumph in all respects, this record is extreme, electronic, experimental, above all intelligent and just absolutely stunning."