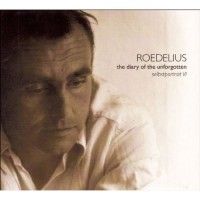 Between the years of 1972 and 1978, Hans-Joachium Roedelius and Dieter Moebius, later joined by Michael Rother, lived out on a country estate in the idyllic, diminutive settlement of Forst in the Weser Uplands. It was here that the Harmonia albums, legendary recordings with Brian Eno and various splendid Cluster albums were created. Both the house itself and the surrounding landscape held a magical fascination for Roedelius. The time he spent here was intense in every sense of the word. He translated his feelings and impressions into music, giving rise to the "self-portrait" series. His sixth self-portrait bears the title The Diary of the Unforgotten and offers a compelling aural record of the Roedelius psyche of the period.